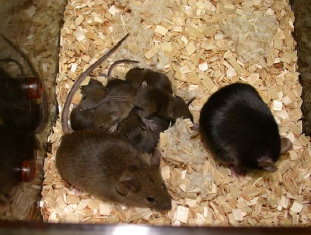 The objective of Providing transgenic services is to generate transgenic mice for the primary investigators.

With advanced transgenic technologies, they can generate transgenic mice and knockout and knockin mice more efficiently.

(1) As most of transgenic service providers know, one of the drawbacks of using transgenic mice and knockout or knockin mice as model organisms for studying gene functions is the long duration of creating desired mouse lines. It is therefore very important to introduce new technologies to shorten this duration and to facilitate the process. For example, Transgenic mice can be generated by lentiviral vectors to facilitate its efficiency, and to avoid positional effect, by targeting the transgenic mice to the HPRT (hypoxanthine-guanine phosphoribosyltransferase) locus for universal and homogenous expression of the transgene.

(2) Another drawback is the unforeseen of embryonic lethality due to knockout out of transgenic genes. There are several strategies, such as using the Cre-loxP system and the Flp-FRT, to circumvent this problem. The use of the Cre-loxP system to knockout genes in a conditional and tissue-specific manner has been established in our core. With those new technologies, most transgenic mice service providers have been able to generate loxP-floxed mouse lines for knockout of the genes in lung and liver and with this success, they can assist the transgenic community with the Cre-loxP techniques.

(3) Another way to speed up the duration for generating transgenic mice is to use C57BL/6 derived ES cell lines for gene targeting. The advantage of using C57BL/6 over the current 129/sv-derived ES cells is that backcrossing of 129/sv-derived chimeras to the other inbred strains, such as C57BL/6 and Balb/Cmice, may take over one year to obtain a KO line of nearly pure genetic (C57BL/6 or Balb/C) background. With the C57BL/6 derived ES cells, one round of backcrossing of chimeras to C57BL/6 will produce heterozygous transgenic mice of pure C57BL/6 genetic background, which will generally take roughly 1-2 months. Such C57BL/6 ES cells are available for some time. However, it is not commonly used and one of the major reasons for this is the limit source of blastocytes, which have to be of different coat color.